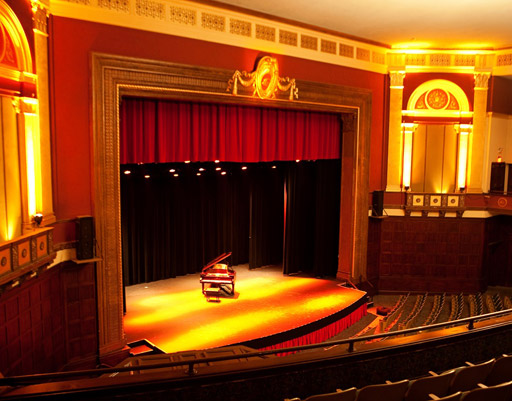 The Ebell Theater without journalists

The elegiac tone of the 2016 Pulitzer centennial celebration, in a slightly musty but historic Los Angeles theater, suited  the program’s somber themes—“War, Migration, and the Quest for Peace.”

The unprogrammed elephant in the room was the general consensus that newspapers are in serious trouble. The Los Angeles Times, hosting the occasion with the USC Annenberg School for Communication and Journalism, is healthier than many metropolitan dailies–but struggling. Its parent, Tribune Publishers, has just received  a $70.5 billion infusion from the ambitious entrepreneur Patrick Soon-Shiong, whose other quixotic investment is a cancer cure.

Many states now lack any newspaper reportage from their capitals, much less in D.C. or foreign countries.. Given the digital revolution’s decimation of local newspapers and/or their staffs, coverage of city halls and state assemblies has almost disappeared.  Without journalistic surveillance—familiarly known as muckraking—government corruption flourishes, as it does in any banana republic.

War correspondents’ stories were reliably transfixing.  Terry Anderson, with seven years as a hostage in Lebanon; Shirley Christian, who reported on the conflicts in Central America, discovering that nine of her ten sources in El Salvador had been killed. Journalist-director Sebastian Junger (Restrepo) said that war movies were based almost entirely on other war movies, making Hollywood a major source of military history.

Sadly, there wasn’t much on the “quest for peace”.  The most memorable was certainly the photographer Nick Ut, whose 1972 photo of the “Napalm girl” was instrumental in ending the American war in Vietnam.

Everywhere,  photography showed up as the most powerful tool in journalism, documenting the horrors of war, the desperation of migration, whether from Mexico or Syria.

The other elephant in the room was of course Donald Trump. Press coverage of his campaign was cited, with curious specificity, as one of the two most shameful episodes in the history of American journalism.( I don’t recall whether the second was inadequate reporting on  U.S. wars in Afghanistan, Iraq, Syria, or Vietnam. Any would serve.)

Washington Post reporter Dana Priest explained drily that the excessive, uncritical coverage of Trump is because he is “clickbait”.  Many people, my spouse included, want to know, with their morning coffee, what outrageous position Trump has just taken. In case you’ve been in a remote village on the upper Amazon for the last ten years-the total number of clicks on links to news stories on your computer or phone screen determines investors’ decisions to pay for advertising on the news site.

Someone observed that an important function of the Pulitzer awards is to reassure publishers that it is worthwhile to keep losing money for another year. 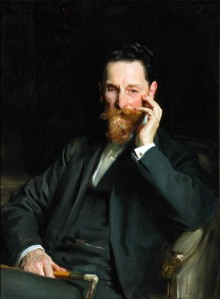 Oddly, nobody talked about Joseph Pulitzer, the very singular Hungarian immigrant who amassed the fortune that endowed the Pulitzer prizes in journalism and the arts. Ordinarily, donors and founders, dead or alive, are respectfully, on occasion even affectionately, noted. The low spot of Pulitzer’s career, his resort to yellow journalism in a circulation contest with William Randolph Hearst, was an early recognition of the “clickbait” principle in print media.

Stanford historian David Kennedy(Pulitzer 2000) decided to end the program with a boyhood memory. His favorite uncle had taken him on a fishing trip with a bunch of his oldest and closest friends, great pillars of the (New Haven) community. Afterwards, driving home, his uncle said, “’You know, all of us were together in France during the war. You wouldn’t believe what they did.’ He meant atrocities. He meant that I couldn’t imagine what normal human beings were capable of in a war…”

This is not to suggest that the Pulitzer celebration was unrelievedly grim. The box lunch, especially the roast vegetable option, was cheering. But it was a pity that the “Quest for Peace” had short shrift in the proceedings, as elsewhere in the real world.

Sad to remember that Barack Obama in 2009 was awarded the Nobel Peace Prize after his eloquent anti-nuclear speech in Prague.  Obama visiting Hiroshima in 2016 was eloquent again and still.  But his administration has cut spending on programs to stop nuclear proliferation, and caved on Pentagon demands for funding of “modernization” of  U.S. nuclear weapons. It’s not entirely clear which of Obama’s potential successors is less likely to lead us into more wars.

Pulitzer and Hearst made fortunes off coverage of the Spanish-American War, but the battles were fought with simpler weapons, and more soldiers died of disease than in combat.