Great Migrations I Have Known (11 December)

One cold November afternoon in the British Museum, a swarm of schoolchildren suddenly filled Room 41, the Sutton Hoo burial ship treasure and Europe 300-1100; the Great Migrations.  Kids in school plaids circled among the glass cases holding the ship’s treasures—swords and halberds, croziers and chalices, Byzantine silverware, golden brooches, and the famous iron helmet. 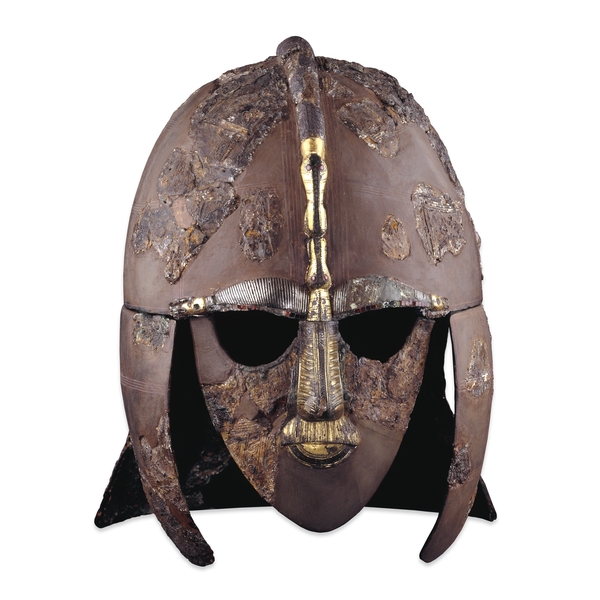 Unlike most tribes sweeping through Roman Europe in those early centuries, the schoolchildren seemed peaceable and even modestly respectful of the cultural artifacts at hand.

The Sutton Hoo ship-burial dates from the early 600s, the era of Beowulf, that noble Anglo-Saxon saga read mainly in Sparknotes—at least until its luminous translation by Irish poet Seamus Heaney.

Seamus Heaney came to dinner one night in Berkeley.  He was tall and solid,  chatting amiably in our crowded front parlor.  As it happened, he found himself standing back to back with one of the patrons of his Berkeley lecture chair, who was at that moment confiding to me that she simply couldn’t understand “one word” of his poetry.  With one eye on the poetic back, I asked what she was planning to read next.  After a pensive pause, she reminded me politely how much she had enjoyed my novel. Now, she guessed that she should read that new Harry Potter thing that everyone was talking about, written by some single mother on welfare. 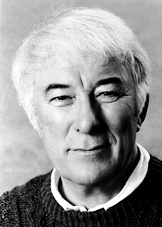 The Irish potato famine, and the shocking British government policy surrounding it, starved at least a million Irish and forced another million to emigrate. By 1900 New York City was 60% Irish. Seamus Heaney’s family stayed in County Derry and survived, and he himself wouldn’t be commuting to Berkeley, Harvard, and Oxford until the 1970s.

Apposite quotes from Heaney’s Beowulf appear backlit above the Sutton Hoo treasures, in the handsome new display underwritten by the very attractive and extremely rich Sir Paul and Jill Ruddock. The Ruddocks’ funding, and the database of the new Google Cultural Institute, have made Room 41 accessible to anyone on foot in Bloomsbury or anyone anywhere with an internet connection.

These days, opportunities seldom arise to add splendid new works to the world’s great museums, so the new philanthropy often concentrates on rearranging what already exists.  And after all, the British Museum has more than 8 million objects, most from former British imperial colonies and territories on every continent and archipelago. International conventions now prohibit the wartime looting that has been common for millennia, as well as theft and resale of cultural artifacts, but those agreements don’t apply to items exported before national or global laws were in force.

A large literature and legal domain has developed around ownership of cultural property .  In the most outstanding example, the Parthenon marbles were removed (hacked off the temple) by Lord Elgin during Ottoman rule, decades before the existence of the beleaguered Greek state that now wants them back on their Acropolis. 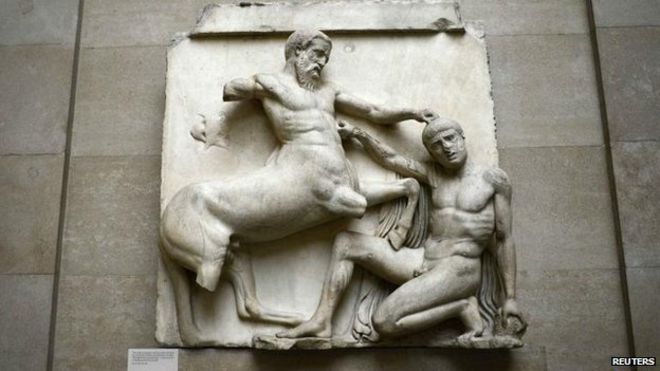 The riches of the British museum do also serve to highlight Britain’s ongoing population of immigrants.  Julius Caesar in 55 A.D. arrived to spearhead, so to speak, four centuries of Roman rule, whose hegemony was eventually challenged in irregular bursts by the Anglo-Saxons, the Vikings, and others.

We don’t know much about the reception of migrants in the various Roman provinces. Presumably when the Saxons or Vikings or Avars or Normans had burned the crops, crushed the cities and raped the women, there was little talk of making them citizens. It’s only in recent history that the “Barbarian Invasions” have morphed into the sanitized “Migration Period”.

Now ISIS looting, its extent, intention, and execution, are much discussed.  From outside, it appears that they only destroy what cannot be carried off and sold, such as the Temple of Bel and the Arch of Triumph at Palmyra, which I was so lucky to see in October 2010, gilded by a sunset, while munching on dates picked from a roadside plantation by our driver. 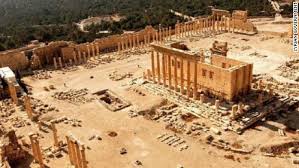 Abu Hani was a Palestinian exile who was able to make a life for himself and his family in Damascus.  I asked him once, rather idly, what Syrian city he liked best, and he said “Perhaps Homs”. Tonight I heard that Homs, or what is left of it, has been recaptured by government forces, but I haven’t known for four years the whereabouts of Abu Hani. 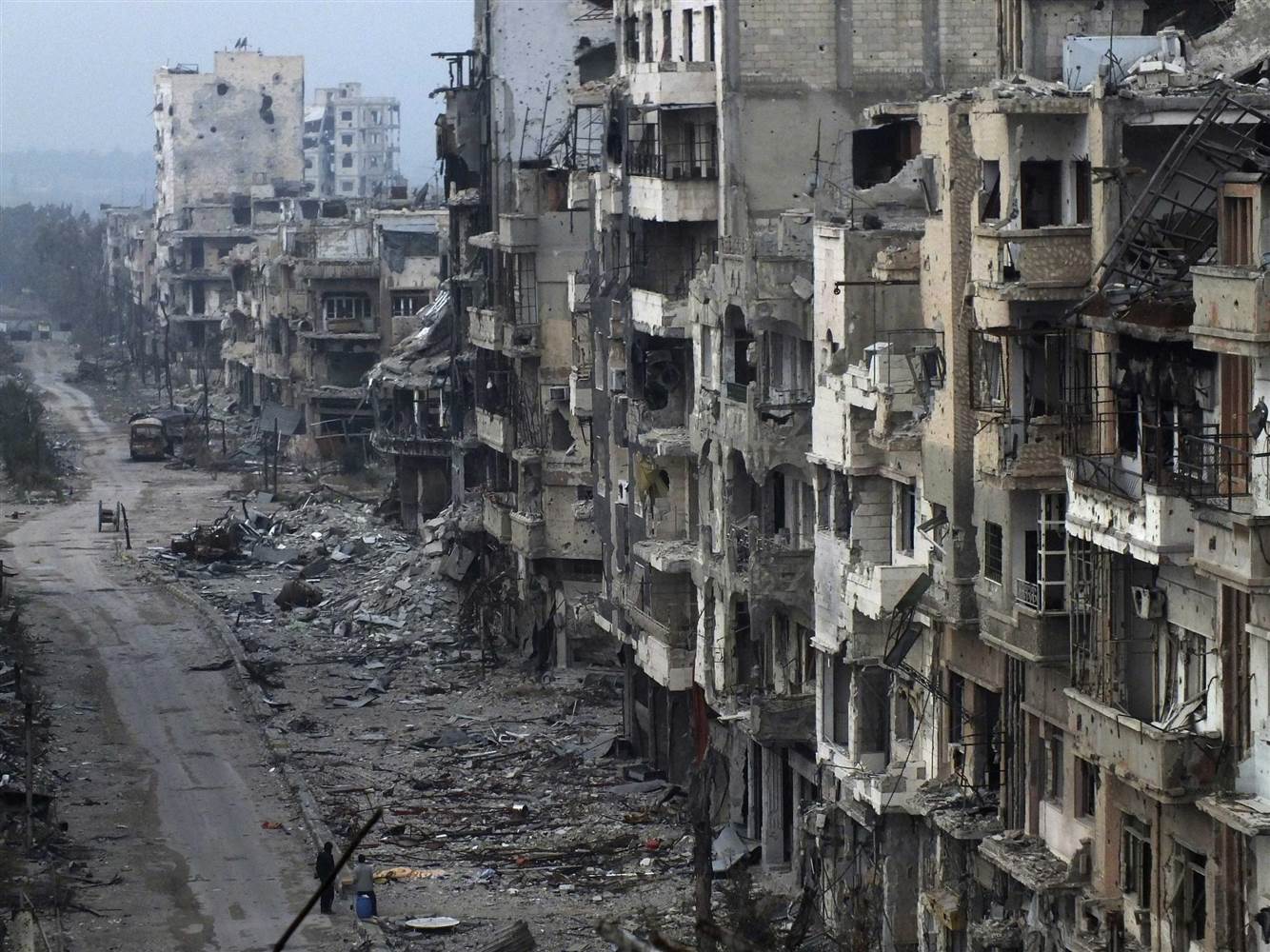 The Syrians’ migration, and the others—economic, political, whatever, will continue whether or not various peace negotiations among Russia, Iran, Saudi Arabia, U.S. & Europe, and the (irreconcilable) Syrian factions are successful. These tens of  thousands of Syrians clearly have lost hope in raising their children and making a life for themselves on their arid land amid the contending powers.  Not many of them are likely to be welcomed in the United States of America, once known as “The Immigrant Nation.”