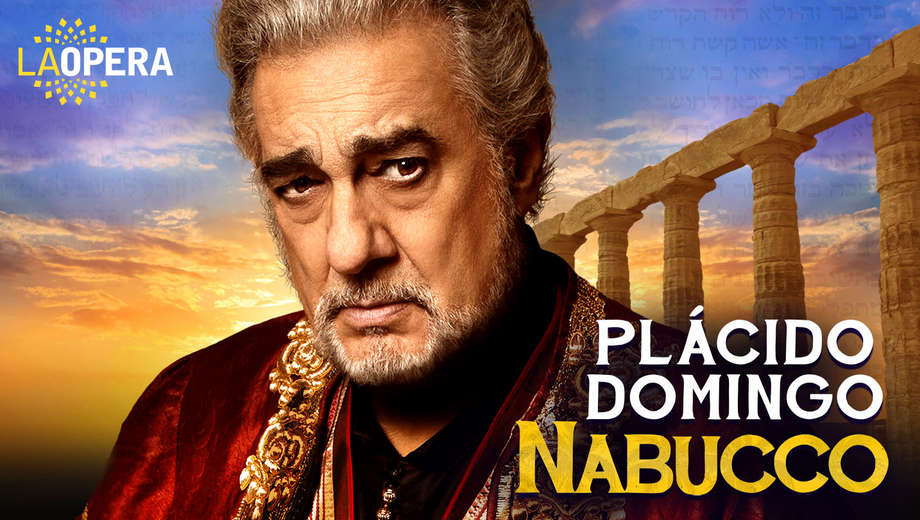 Last month I was in Italy, where summer had steamed in early and politics had moved into operatic extremes of drama and imbroglio only slightly leavened by farce. Finally running the new coalition government are the boy wonder of the Five Stars populist movement, founded by a comedian, and the head of the proto-fascist League, who is no longer a joke. The two chose as the new premier an amiable law professor with a  CV padded by drive-through sojourns at prestigious universities in Europe and the U.S.

While peculiar politics also reign in my own land, in Italy we tend to see their aberrations as a familiar comedy rather than a dark threat to the survival of the planet. Hard to remember that our Yankee republic was founded almost a hundred years before the bickering regions of the Italian boot could be laced together.

At least Italy’s revolution was accompanied, if not actually orchestrated, by music—with Giuseppe Verdi as its figurehead.  Verdi’s poignant chorus from Nabucco, “Va Pensiero, sull’ ali dorate,” sung by homesick Hebrew slaves, has come to symbolize the patriotic fervor that led finally to Italian unification.

Waiting for Verdi is the title of a long-awaited new book by Mary Ann Smart, a music historian who writes brilliantly about opera and society. The title clearly contains an ironic reference to Samuel Beckett’s play, but also  to the high anxiety shared by struggling Risorgimento patriots, artists and revolutionaries as they struggled toward Unification.

Often as Verdi’s work is linked to Italian revolution, A Masked Ball  is set instead in colonial Boston, replete with an a doomed romance, an assassination, and a dusky-skinned fortune teller. Not very diligent research has revealed that the original libretto required Ulrica, the fortune teller, to be played by a “negro.” 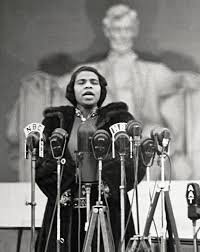 Marian Anderson at the Lincoln Memorial

Thus the Metropolitan Opera debut of the sublime contralto Marian Anderson, in 1955 the first African-American to sing there.

Nabucco was also playing at the Vienna State Opera when I was a student living with the family of an impoverished baron just a block from the opera house. But the concert and opera posters reminded me of periodic tables, and knowing next to nothing about opera, I went to the Richards, Wagner and Strauss, but never to Nabucco. Little did I know that it was a thrilling tale of King Nebuchednezzar, proprietor of the Hanging Gardens of Babylon, and featured madness, passion, betrayal, and wanton destruction of selected temples and gods.

In 2015, the Greco-Roman Temple of Bel at Palmyra, 32 CE, was destroyed by ISIS vandals soon after they had beheaded Khaled al Asaad, Palmyra’s much respected chief of antiquities. The Temple of Bel, according to another archaeologist, Khaled’s friend, had actually been a kind of a monument to religious coexistence. The main altar of the temple had been used for sacrifices to different gods, sometimes even side by side. The archaeologist also pointed out that ISIS had announced the destruction of Palmyra well in advance of the fact, but the international community had done nothing.

In any case, peaceful coexistence in Syrian lands is hardly even a memory. Now the best expectations are that some 75,000 Syrian refugees fleeing Daraa—where the so-called civil war began—can be sheltered in Jordan. Four million other Syrians are still homeless.

Meanwhile, the tragic histories of the ancient Middle East have fueled many operas besides Nabucco. How many works of art and music will commemorate the refugee flights of this century, and to what end?

For some years it has been proposed, and rejected, that Italy’s national anthem be replaced by “Va Pensiero,” the haunting Hebrew slaves’ chorus in Nabucco. Only recently it has been adopted by the far-right League, as its official hymn.  Matteo Salvini and his League are committed to  labeling and expelling all immigrants, including thousands of Roma who are legal citizens. Here, whatever Verdi’s politics were, we could use the intervention of the Anvil Chorus.

By Frances Smith Starn in Uncategorized on July 11, 2018.
← My Father and the Generals Rings of Fire →