Looting and Decapitation through the Ages

You may even have heard of one Giovanni Battista Belzoni, the gigantic offspring of a Paduan barber, an enterprising lad who dodged Napoleon’s draft by emigrating to England.  Lacking both English and a profession, he served for a while as a strong man in a circus.This handsome hunk won the heart of an intrepid Englishwoman, who may or may not have been a tightrope walker when they met.  She contrived somehow to help him set up as an engineer, and before long he was invited by a passing pasha to design a hydraulic system on the Nile.  When the project failed (due to a lazy work crew, said Belzoni), he quickly shifted to the antiquities trade. Eventually he was able to dig up and haul off immense Egyptian antiquities that would become some of the British Museum’s prize exhibits. You can see “Belzoni” chiseled naively into the foot of a colossal statue of Rameses I.

I happened upon Belzoni during my hours in the old British Library, researching the rich topic of Looted Art.  How I enjoyed those months of bootless delving, the untidy piles of book request slips at my desk in the dimly-lit inner Reading Room, my notes filled with vivid and shocking details.  Themes did emerge–Looted Art and Nationalism/Colonialism/Imperialism—but never shaped themselves into an argument, much less a book.  But it seemed to me, then and now, that Belzoni’s story was a natural for a Sondheim opera.

In 2001, I happened to meet a musicologist, a fellow at the American Academy in Rome, who knew Sondheim well.  It was just after 9/11.  Military helicopters were circling in the blue September sky over the Janiculum Hill, and armed guards patrolled the American Embassy across the street. When we weren’t watching the sky and the street, we were all glued to CNN on our computers.  Nothing would ever be the same again, we all agreed.  Hardly the moment to float a frivolous opera project.  But eventually the Academy fellows went back to their painting, their research, their writing, and their complaints about the Academy’s food.  Although nothing in fact ever was the same again.

Rome of course has long been decked with the plunder of the empire’s Eastern conquests, most notably Egyptian obelisks adorning eight Roman piazzas.  Venice still has its looted lions and horses, Florence an obelisk or two as well as a trove of mummies, and museums throughout the world hold treasures of other lands. So we cannot quite fathom why the Islamic State prefers to destroy rather than flaunt the captive architecture of grand pre-Islamic eras..  Easier to understand is their clandestine marketing of more portable antiquities, whose revenue is said to surpass that of oil sales to benefit the caliphate.

While mourning Isis destruction in Palmyra, Mosul, and Nimrud, it’s hard to ignore Northern Europe’s robust tradition of iconoclasm extending from biblical idol-bashing to the Crusades, the Reformation, and the French revolution. In sixteenth-century Geneva and in Basel, Calvinist mobs destroyed every Catholic image they could find, from stained glass windows to statues of virgins and saints and holy medals.

And as we recoil from the barbarous horrors of Isis beheadings, historical memory glides past an estimated 16,000 guillotined by French revolutionaries, and the millions annihilated in the Holocaust.  Note that enlightened France continued execution by guillotine until 1981, and during last year alone, American ally Saudi Arabia decapitated 158 people.

Their bloody revolution did occasion a French diaspora, especially of the aristocrats, followed in the mid-19th century by Irish emigration, almost entirely of the poor. In the largely economically- driven diaspora from southern and eastern Europe during the 1880s-1910s, my grandparents Franz Josef Pozar and Marie Peskova, born in Moravian villages (then Austrian) made it to the west coast of California via Galveston,Texas . My grandfather, a strapping redheaded farm boy, good with horses, had served in the Austro-Hungarian cavalry.  At the end of his term, in August 1914 as it happened, he immediately booked passage to America. Marie Peskova had found work as a seamstress in the nearest city, Vienna, where she met my grandfather and eventually followed him to California. There was no pot of gold for them in California, but they never returned to their villages.

The year before the Soviet Union disintegrated, we met my mother in Vienna, for a sentimental journey.  She knew the names of her parents’ villages in Moravia.  After a miserable border crossing past the fence into then-Czechoslovakia, and one night in Ivancice, hometown of Alfonse Mucha, whose posters adorned generations of college girls’ dorm rooms, we followed a map and actually found the two villages. In Mohelno we found a few Peskovi in the graveyard, even the annoying uncle who had returned more than once to visit them in Santa Cruz, California.  My grandfather’s village was Rohy, which means crossings or a junction.  An old man hoeing the hill above the main road turned out to speak German and could point out the homely bulk on the opposite hill as the Pozar place.  Ah, he said, that Alois (Pozar, my grandfather’s eldest brother and scourge) was a hard man.  The kulak house was a bit disappointing after we had noticed that the largest building in Rohy still had “Pozar” over the door. (Later I learned that “Pozar” meant “fire,” and the imposing structure was presumably the firehouse.)

Scant decades after my grandparents, there was the crucial migration, from Europe in the 1930s, of the Jews.  In the academy and the art world especially, these were our respected elders and/or the parents of most of our friends.  Once, long ago at Ellen and Steve Greenblatt’s table, talk turned to Israel, and we realized that we were the only gentiles present and therefore didn’t feel as free to condemn Israeli expansionism as the others.

Our Hungarian friends, some of them Jews, have an intense, complicated migration history.  The earliest Hungarians rode into the Magyar Plain from the northeast more than a thousand years ago.  Later they were occupied by the Ottoman Turks, and later still lost much of their territory in the settlement of the First World War.

Many Hungarians emigrated to escape Soviet Communism.  And the latest tragic iteration of Hungary and emigration was the fence built by Orban’s right-wing regime to keep the latest wave of refugees, many from Syria, from entering, even en route to Germany.  But the abhorrence expressed by the western world for Hungarian callousness has proved to be relative to the many thousands, yea millions of needy refugees now swarming into Western Europe. And the New Year’s attacks on women in Cologne and other cities, allegedly by Arab and North African men, is a disaster in every way.

Americans didn’t welcome Jews until after the Holocaust, and we won’t be welcoming Muslim refugees now. “This growing cry to turn away people fleeing for their lives brings to mind the SS St. Louis, the ship of Jewish refugees turned away from Florida in 1939,” Dana Milbank writes. “It’s perhaps the ugliest moment in a (presidential) primary fight that has been sullied by bigotry from the start.“ The American elections proceed, bizarre, unhinged, while Angela Merkel begins to seem some kind of heroine.  Still, what’s needed is not another martyr, but peace settlements in the Middle East.

The latest genetic research shows that the 5,200 year-old remains of a woman, found in Ireland recently,  a couple of centuries after the potato famine, show strong origins in the Middle East, where agriculture originated. Probably we don’t need ironies any more than we need martyrs. 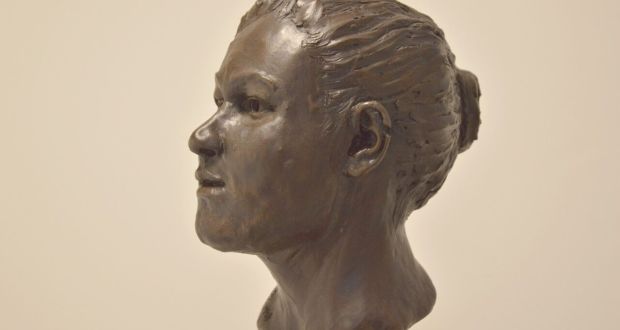